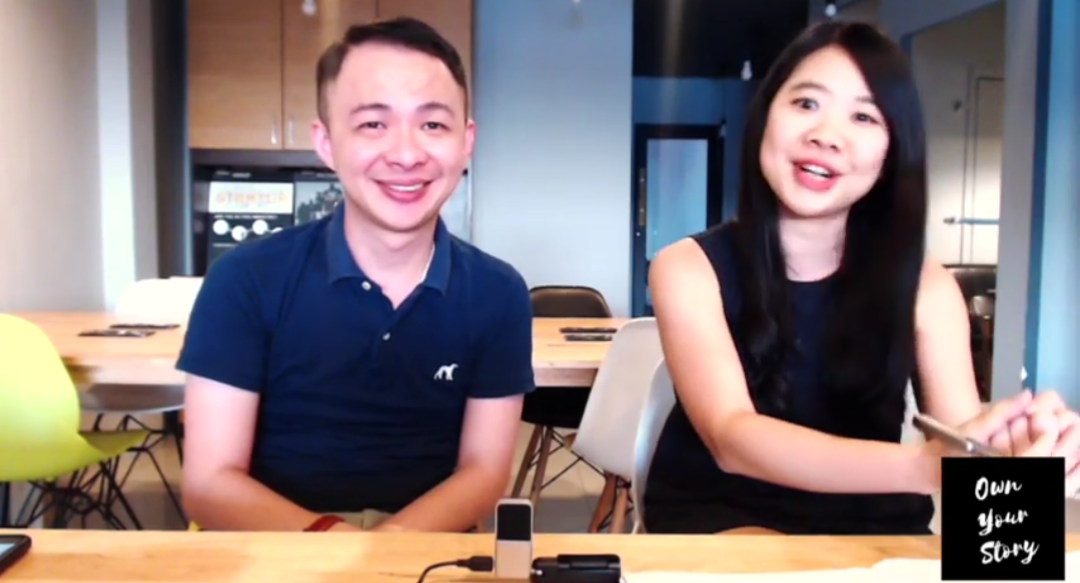 Mathew is an acquaintance I’ve known for a long, long time. Even though we were just ‘social media’ friend, I really admire his persistent and passion for building ‘y=mx+c’, a Youtube channel for SPM & Pre-U Math tutorial.

When I was thinking about people around me who has a story to tell, I thought of him.

1| Cross-pollination between profession and passion

With a degree in psychology, Mathew’s passion for education was ignited years ago when he volunteered for community service at rural villages and realised the importance of education to underprivileged children.

Fresh out of college, he founded a tuition centre which eventually led him onto the path of online education for Math.

While figuring out how to present the video tutorials, he was inspired by the concept of ‘modelling’ in psychology studies, hoping that the step by step solutions will mimic the feel of having a private tutor to viewers.

2| Overcoming challenge of being a one-man team

In the first year of launching the Youtube channel, Mathew only had about 100 subscribers where 36 of them were his friends.

In the second year, the channel grew almost 20x to 1900 subscribers and 5 years later, it has a staggering base of 55k subscribers!

Being a one-man team, Mathew almost gave up the project when he was lack of help and feedback. He attributed the channel’s achievement to positive comments and encouragements from viewers ranging from students, parents to teachers; as well as the big mission to make education affordable and accessible.

3| Personal evolution in the journey

Looking back at his journey, Mathew learned that if a person does something wholeheartedly and persistently, he will see the results eventually.

His contents become more mature as he acquired better tools, learned from other successful academies, and improved his mastery in English which is not his native language.

From the hindsight, Mathew sees passion and patience as the key in building an education channel in the chaotic social media world. Before reaching a tipping point, he had to be passionate enough and believe in his mission enough to keep going despite little subscribers and zero monetary return.

‘y=mx+c’ is an accidental creation that came out from a major business failure in Mathew’s first venture. As a fresh graduate, he built a tuition centre without any credibility, industry contact, and trade knowledge.

At that point, he invested heavily in capital expenditure and naively expected positive cash flow within 6 months. While the business was going down, he started making tutorial video with the mentality that if it didn’t work, he’d get a job.

At the rock bottom of a business failure, the first step in picking himself up was to admit and accept failure, then take action to do things differently.

As an education entrepreneur, Mathew advised young people to choose wisely between a professional route and the entrepreneurial venture.

On the professional career path, it is important to build a portfolio of skills, leverage your personal brand on the organisation, going higher and higher on the corporate ladder.

However, for aspiring entrepreneurs, Mathew’s advice is ‘be ready to fail’. From his experience, it is important to experiment, take care of personal finance, budget properly for all business costs, find the right partner to start the right thing.

Be the change you want to see

Mathew drew a lot of inspiration from Steve Job’s story in his pursuit for perfection in a product and his humble beginning that empowers people to believe that maybe, we can change the world too.

Even though he is still figuring out a sustainable model for ‘y=mx+c’ platform, the channel has been his best investment in the past few years.

One video at a time, Mathew strives to redefine education and provide equal access to all regardless of economics and social status. He also hopes that his work will inspire more teachers to explore new ways of teaching and widen their income stream through technology.