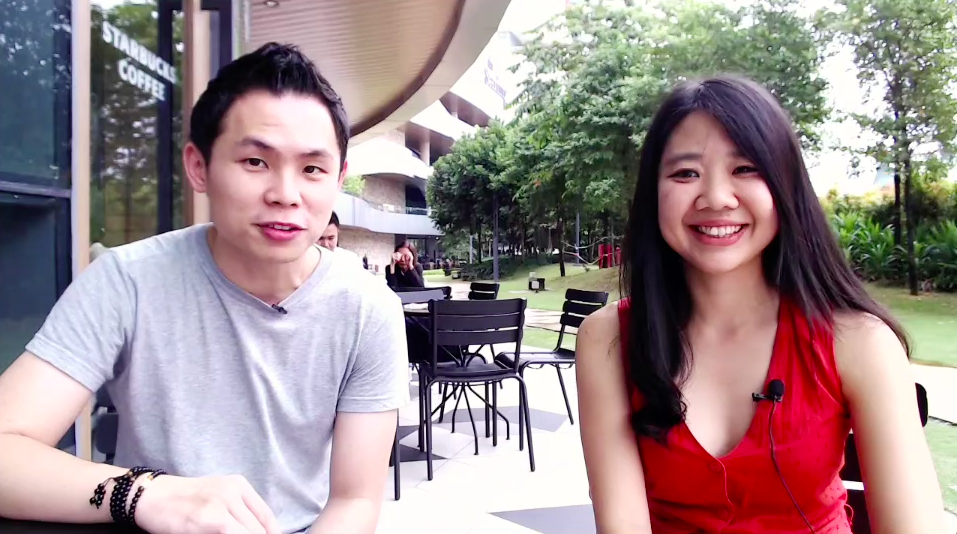 As a ‘creative misfit’ who has transitioned from corporate to coffee and creative industry, I was mesmerized that Karfei found his passion in coaching when he was a teen and build his career in the industry wholeheartedly ever since that.

While we approach life and career differently, we share the common belief in creating and serving the cause we believe in.

There is so much I’ve learned from Coach Karfei, a millennial coach with a decade of experience and multiple accolades at his back.

Looking back at the time when he first started out, the biggest difference in Karfei is the level of confidence. He built the confidence by having clarity in what he wants and taking time to understand his inner motivation.

In Karfei’s word, when you are able to articulate what you want and why you want it, you’ll know exactly what to do as well as the skills you need to perform the task. ‘Know thyself’ gives you strength to believe in what you do.

2| Common pitfalls in finding a mentor

When it comes to seeking out mentors, many young people have the limiting belief that they can’t add value to mentors who seem to ‘know it all’. According to Karfei, the millennial generation possess valuable information that a mentor can learn from, such as the latest technology trend or the coolest restaurants in town.

Another important tip by Karfei is to know exactly what you want to learn from mentors so that they know how to help you succeed in your pursuit.

3| The importance of support pillar

Karfei made a big mistake when he ended a relationship in order to focus on his career. Fortunately, he realized his mistake soon enough to turn thing around and recognize the most important support pillar in life — the closest people around him.

Life is not just about career and finance, Karfei said, loneliness and depression are one of the biggest killers in the modern world. Today, Karfei counts the fact of building a life with the right partner as one of his biggest fulfilment in life.

4| Debunking the myth of passion

While Karfei believes in the Japanese concept ‘Ikigai’ (the reason of being), he doesn’t believe in the romance of finding one’s passion. Most of the time, doing something you love comes hand in hand with doing things that you don’t enjoy.

From his own experience of starting a company, he struggled for 3 years in an industry he was passionate about. He learned that pursuing one’s passion doesn’t necessarily mean starting a business. It can be a side project that gives you happiness and fulfilment, or you can do it within an established organisation.

5| Self-coaching when you lose focus

Even as a coach, Karfei couldn’t escape from negativity and moments of doubt. He coaches himself out of it by taking time off and reflect upon his purpose when he loses focus.

Another self-coaching tip that he uses is to put himself in his role models’ shoes. For example, he would ask, ‘now, what would Tony Robbins do?’ Regular work out is also an important habit to maintain a positive outlook in life.

Karfei believes that the career starting point for a young and driven graduate is about learning and not passion.

He advices young people to be specific about what you want to learn and ask yourself this question: by the time you leave the role, what would you have learned or changed in term of skill, competency and mindset?

It is important in a career search to ask tough questions about the company values, take the probation period to evaluate the culture fit, and be proactive to look for solutions when things don’t work out well.

Live life by design, not by default

In Karfei’s term, living a meaningful life means having the freedom to choose what to do and who to be with.

He devoted his work to empower people to ‘live life by design, not by default’. Many people think they are living the life of their choice, but sometimes the choices are shaped by the environment and social influence.

There is no right or wrong in the choice you make for yourself, everyone has a different timeline to pursue the things they are called to do.

Most importantly, live as if it’s your last day, learn as if you will live forever.