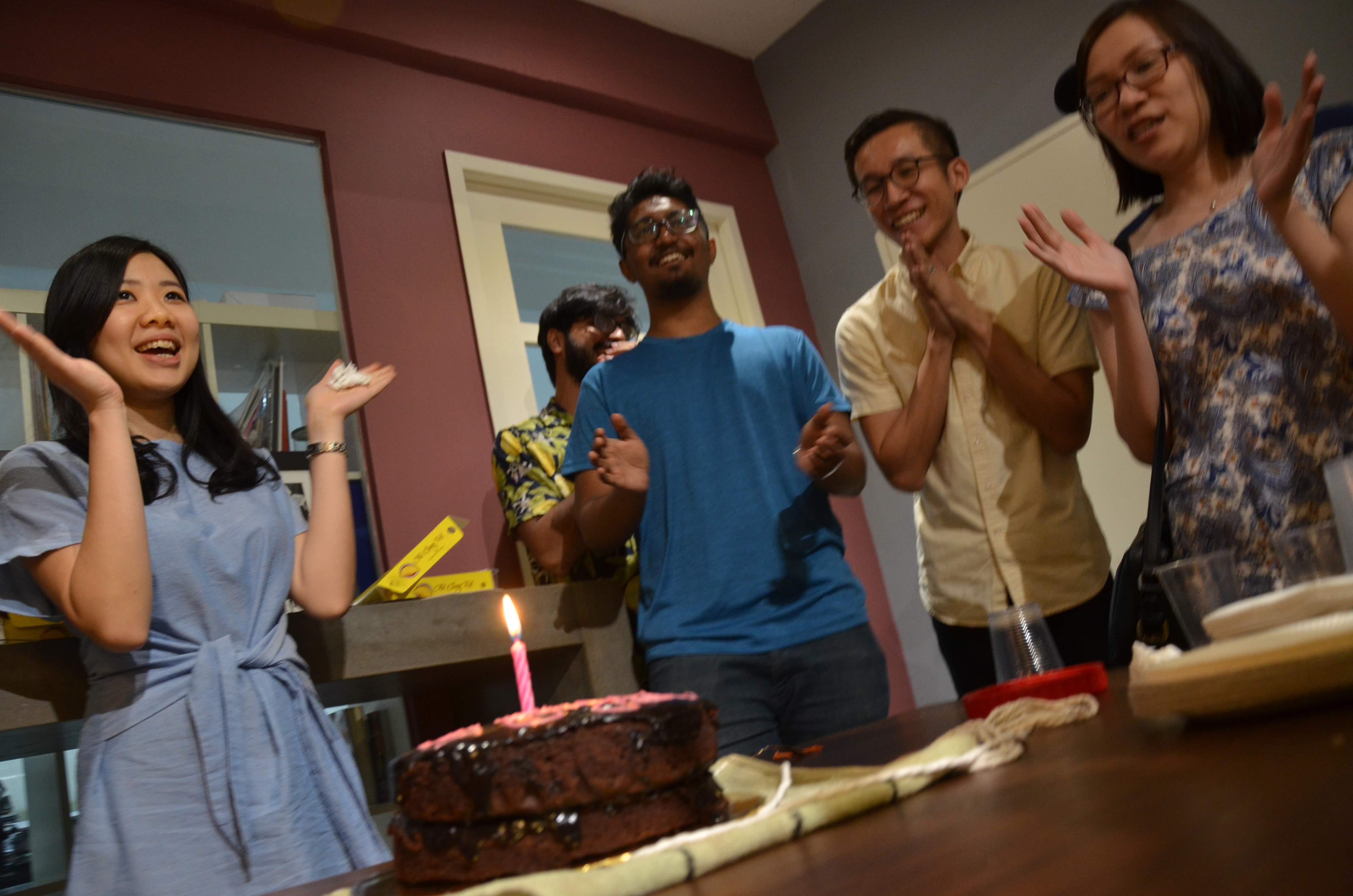 In the weeks leading to the mark of Own Your Story’s (OYS) first anniversary in August, I found myself lost… again.

Instead of mesmerising the wonderment in our journey, I was troubled by the urge of monetizing it and turning it into a business, showered in many well-intentioned advices and couldn’t hear my own voice.

During the anniversary celebration, I was deeply moved and humbled when I heard everyone’s story and the gem each of them found throughout the journey.

It was during that time I read Simon Sinek’s ‘Start with Why’ and reflected upon my own ‘why’ in building a community for a full year.

What came out of it, dear all, with all due respect and affection, was that Own Your Story exists for the delight of its creators, not to change anyone’s life.

It has to be this way, and it is only because of this that the community is sustainable despite not having a sustainable economic model.

Here’s how the story goes — Isabelle met Frankie at WORQ TTDI, both of them felt the same pain of being an outcast in the entrepreneur community (as in still figuring out who they are) and not finding fulfilment in what they do. After spending weeks talking, planning, business-modelling, they started the first event, a Hero’s Journey workshop at Nest Space to test out the ‘business’ idea.

Neither of us knew what we were up to, had a vision or a goal, we just designed and created events that we thought were fun and interesting.

Never had we dreamt that the Hero’s Journey workshop would lead to 40 more events and touch hundreds of lives in the span of a year.

The spirit of creation

In the process of creating things that we liked and enjoyed, we created a space that gathered people like us — our tribe.

Holding onto the principles ‘if it’s not fun, don’t do it’ and ‘everything is figure-out-able’, we kept creating original contents or formats that didn’t exist elsewhere.

When everything is experimental, some hypothesis is meant to be rejected. It was a fun and rewarding process because every time we showed up was an opportunity to learn — failure is out of the context.

How we form a team

Since Frankie and I got to turn our ideas into tangible creations through the platform, it fascinated me when we were able to empower the community members to do the same.

We opened up the space for people to brainstorm new ideas, collaborate, and share their expertise, gift, passion with the community. When more and more creators joined us, OYS expanded the offerings from personal development to innovation/entrepreneurship, art/culture, health/wellness.

Personally, my greatest reward in this journey was ‘collecting’ a core team consisted of more than ten talented, passionate creators from diverse fields ranging from technology, healthcare to art.

After 1 year of testing, observing how events were formed, how people engaged, and how I evolved as a creator, I see OYS as a safe space that allows everyone to express yourself, explore different subjects and grow in the process.

The platform holds space for everyone no matter where you are in life, whether you are still figuring out life or having a clear direction to go.

We hold on religiously to these values — authenticity, courage and openness, incorporating open ended group discussion in every event so that everyone has a chance to speak.

Without a rigid standard of right and wrong, it is through the exchange of perspectives that we mold our individual and collective identity, formulating the common story that binds us all together as a community.

OYS is an enchanted space where everyone can be real and be vulnerable, talk about the darkest experiences or the craziest ideas, be surrounded by people who catch you when you fall.

The real magic is created by PEOPLE who accept and embrace each other so openly, fearlessly, compassionately.

Throughout the year, it was the ‘love in the air’ at the end of every event that motivated me to create the next one, the next, and the next — because if we don’t do it, these people wouldn’t have known that ‘there are (weird) people like me out there’.

Where it will go

OYS has been blessed with good fortune to have brilliant creators and venue partners who believe in our higher cause (despite being a work-in-progress).

In the year to come, I can’t visualize a future running it as a business for all the originalities and adventures and experiments that make it fun and exciting.

In the process of ‘inward digging’, I realized that OYS started with me and Frankie creating things that delighted ourselves, and we created a space to delight others in the process. Every creator was in it because they genuinely enjoyed what they made and not for any material exchange.

If we operated with the intentions to change the world, maybe it would have stopped being interesting a long, long time ago.

With good intentions instilled in every creation, I believe that if we plant the right seed, it will bear the right fruit.

The case for making a point

I came across a passage from the book ‘The Face Pressed Against A Window’ recently:

“Right from the very start we had a defined picture of what the offer was to be, and who it was to be aimed at, and why it would win. And that is the point — winning. And ‘winning’ for the founding entrepreneur is not at all the making of a fortune. It is the making of the point, the defeating of the sceptics, the victory of the vision, the acting as a disruptive catalyst for a significant cultural and market change. It’s the public projection of a personal vision, and a personal passion to succeed with it.”

We will keep having fun and keep making our point, creating ripples that flow through the society, so that more people are inspired to live a fulfilling, authentic, blissful life.

Own Your Story (OYS) is a community-run platform that cultivates authenticity and personal development. Our mission is to empower self-expression, exploration and growth, building authentic human connection in the process.