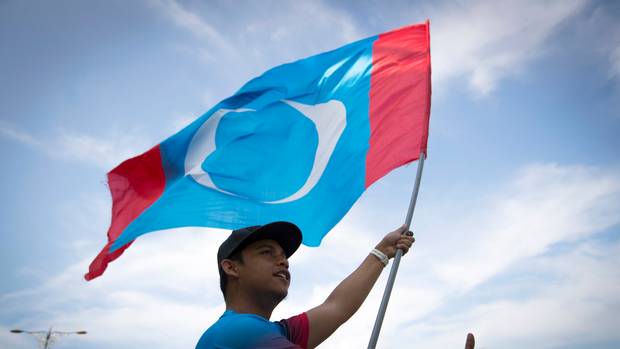 When I watched Tun Mahathir signed the papers and swore in as our new Prime Minister on the TV, a surge of patriotism ran through my body.

Malaysia had just created a world record — the oldest head of government in the world, he is turning 93 this year.

When a leader at this age came out of retirement, I knew for sure that it wasn’t for money and power.

‘Long live Tun’ I whispered in my heart. My eyes welled.

Despite the fact that he was an authoritarian PM for 22 years in the past, that he had retired for 15 years before leading the opposition in this election, that he put the opposition leader in jail and now on the mission to get him out, that the political scene in Malaysia is confusing and dramatic, he came back to save the nation from a sinking ship.

We voted for a change and we overturned the party that had ruled this country for 61 years.

My story as a Malaysian millennial

I was an apolitical millennial in Malaysia. Even though I received a full government scholarship to complete my tertiary studies, I took it for granted because I thought it was a better way to spend the taxpayer’s money rather than going to the politicians’ pocket.

It was disheartening knowing that our corruption scandal spread to the whole world and yet our leader remained untouched.

Having the same ruling party since our independence in 1957, we got used to feeling hurt and disappointed by the hope we carried.

We lived in a state of learned helplessness, or at least I did. It felt almost impossible to change anything here.

When 92-year-old Dr. M came out of retirement and united the opposition parties, many thought he was crazy and scrutinized his age. How much time does he have left?

But he has his influence and he gave us hope.

We were numbed with disappointment and yet we voted nevertheless. What more can we lose?

On the night of the election day, the whole nation was awakened.

We saw the poll rolling in slowly. We waited for the results that were deliberately delayed for hours. The ruling party leaders were nowhere to be seen. Everything was unlike any previous election.

Most of us renewed our Facebook feed and checked our Whatsapp messages throughout the night to catch up with the latest news. Some went out to safeguard the voting slips. We learned the tricks from previous elections so well to know what to do.

While we were packed with actions, all of us were internalizing the truth in our own way — we were witnessing history and creating a new chapter in the history of Malaysia.

What does change mean to me

The press called it a Malaysian Tsunami — all Malaysians came united as a multi-racial nation and demanded a change.

I felt like a Malaysian on that night and I was truly proud of my country. We made the international news for a good reason in a long, long time.

Despite the drama, we experienced a paradigm shift in our collective consciousness that we are capable to change, and we unlearn our learned helplessness.

Before this election, I believed that whatever we give to the country will go into the personal gain of those in power.

Everything that I did was for my personal fulfilment as an individual, figuring out what gives meaning to my life?

I was confused. I had everything taken care of in my family and I was seeking for a higher purpose to fill the void.

In the shock of this election, I seemed to have connected the dots.

When I saw a 92-year-old leader getting to work without wasting a second, I asked myself for the first time, what can I do to build my country?

I felt a new sense of purpose and I found the missing link — doing something for the country never existed in my mind before because I saw it as a taker.

There are a lot of works to be done to make the changes we want to see happen.

The change will be uncertain, it will be uncomfortable, and it could be painful.

We do not know what we would be, but we know now that we have the power to shape the future of our own country.

What can I do?

This is the start of a new journey.

I started project ‘Stories of 509’ to collects stories from this historical election in Malaysia. If you would like to support this project, click here to subscribe to new stories.