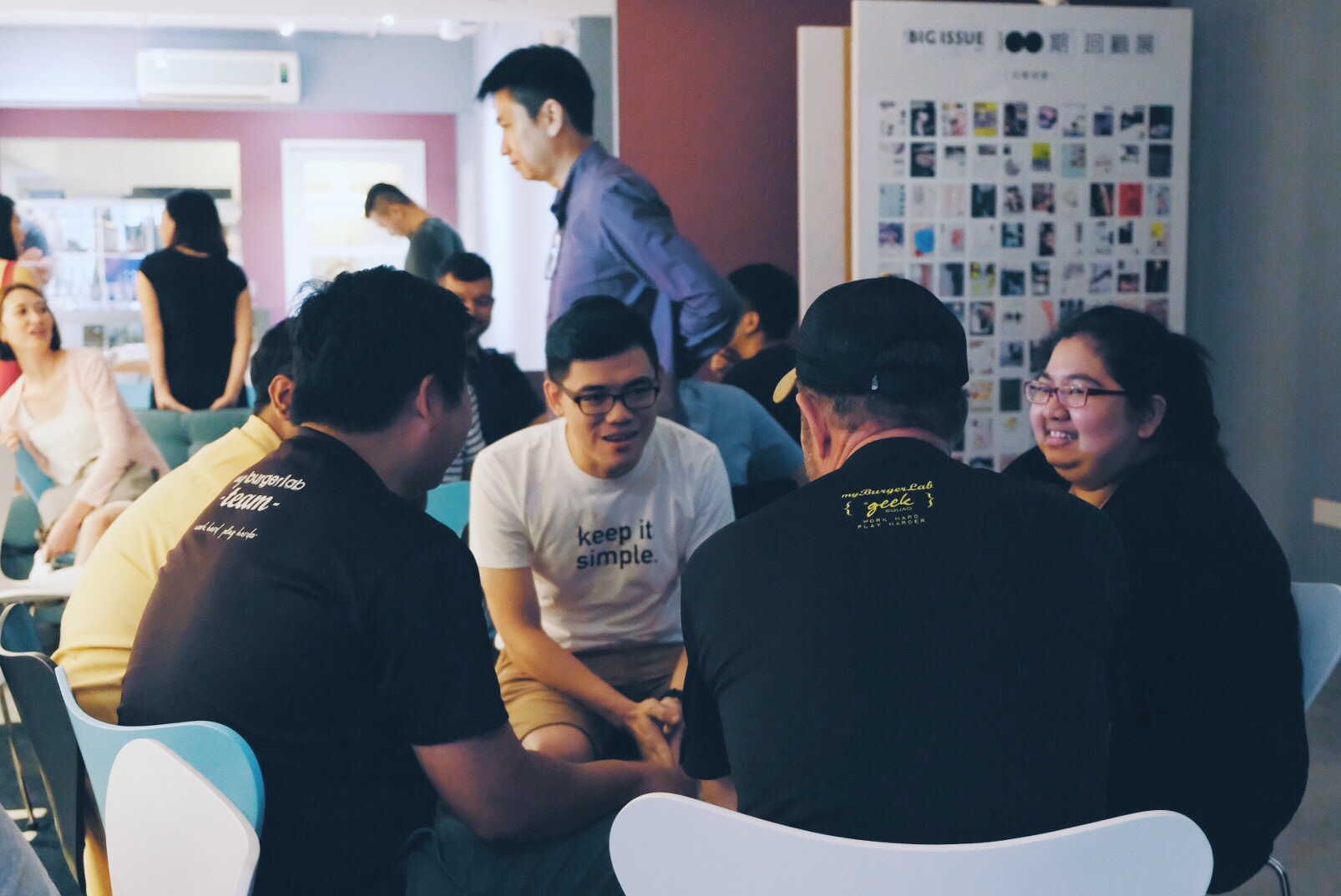 In his global best-selling book ‘Sapiens’, the world’s renowned historian Yuvah Noah Harari said that we, the Homo Sapiens, are able to dominate the world because of 2 things that we do extremely well — storytelling and cooperation.

These are the exact ingredients that enabled us to build trust and connection with one another so that we can form a community based on common characteristics such as beliefs, value, or identity.

Studies at Harvard University, the London School of Economics, and other research have consistently identified that the root of unhappiness lies in the lack of meaningful relationship.

Why is it that we are more isolated when we have a higher density of population? What can we do to build a community that connects people?

Storytelling is an integral foundation of a community since the hunter-gatherer times where our ancestors warned each other of hazards or shared the unifying myth.

Today, storytelling is a bridge that helps us to understand each other and celebrate our ‘humanness’. When we let go of the need to be ‘perfect’, we can create a safe space to embrace imperfection and struggles as natural parts of personal evolution.

In Brene Brown’s TED talk, ‘The Power of Vulnerability’, she shines a light on ‘shame’ that all of us experience silently at some point in our life, pointing that authentic connections are built in the space of vulnerability, imperfection, and brokenness.

When we accept fear and failure without judgement, we meet in the space of vulnerability and see each other for who we really are. We are then able to dissolve differences with empathy, creating a community that embraces people who see different things, eat different foods, speak different languages, and live different lives.

Empower everyone to have a voice

In 2018, Amanda Nguyen, a 28-year-old Vietnamese American, the child of a refugee family, was nominated for the Nobel peace prize. She has a compelling story of defending social justice that started with a tragedy.

When Amanda was raped in 2014, she realized that the rapist has more right than her in the eye of law. At that time, she had a choice — to abide by the law or rewrite it. As a 23-year-old, she fought alongside the community of sexual assault survivors and got the law passed unanimously. Since then, she founded RISE, the most successful legislative reform movement in the US that passed 21 laws in 21 months.

Amanda’s signature quote is ‘your voice is the most powerful tool that you have’. In RISE, the first step they adapt to empower the community members is a narrative training.

Telling our own story is just half of the equation. It is equally important to assign positive meaning to all events in our lives, turning struggle into strength so that we can use our story to empower more people to own theirs.

It is in our shared stories that we define our collective meaning and identity, cultivating a sense of belonging where we can see ourselves in others.

In the TED talk ‘Isolation is the dream killer, not your attitude’, Barbara Sher emphasized that there is no crazy goal or stupid dream. When we come together to share our dream and obstacle, chances are there is somebody who knows somebody who can make something happen.

Think about it, is there a company, a movement, or a product that is built with the effort of a single person?

In scientific term, Matt Ridley said, ‘human achievement is based on collective intelligence — the nodes in the human neural network are people themselves. By each doing one thing and getting good at it, then sharing and combining the results through exchange, people become capable of doing things they do not even understand.”

According to the Head of Social Engagement Team in WEF, doing something together to achieve a goal creates shared experiences which are a powerful way to build bonds between people from different background. In a tough challenge, there is an element of overcoming something with other people that expedites the development of camaraderie and trust.

What risk would you take to change your world?

Every community, every creation, every interaction exists to do one thing: to make change happen.

When we develop deep and meaningful relationships with other people in our community, it enhances our emotional state and overall happiness, and in so doing, we create a space to collaborate with and support community members to achieve more than any one of us could accomplish alone.

Mahatma Gandhi once said, ‘be the change you want to see’.

It is up to us, as an individual, to recognise our power and use it to create the community that we ourselves want to be part of.